Living and Working in Bahrain

Bahrain’s position as the fifth-friendliest country for foreign residents is just part of its stellar performance in the most recent Expat Insider survey.  Bahrain is a GCC country and is considered the best expat destination overall. This year is the first that Bahrain has ranked among the ten most welcoming countries, with 86 percent of expats saying Bahrainis have a friendly attitude towards foreign residents, and 85 percent reporting general satisfaction with their life abroad. Another reason for Bahrain’s popularity might be its very international feel — 91 percent of respondents say that it’s easy to get by without speaking the local language. An American expat highlights the “wonderful people and various cultures” in Bahrain. 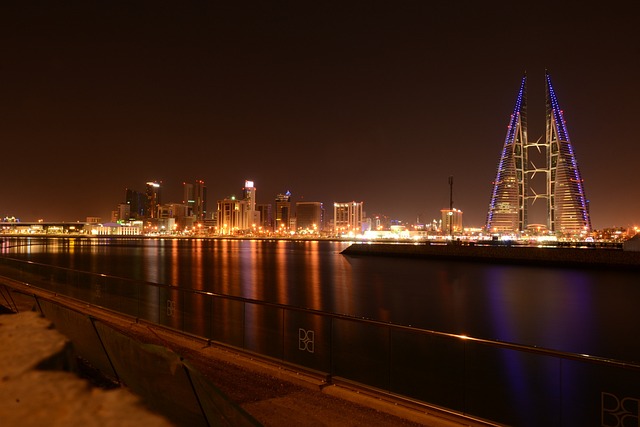 The Following Factors Speak For An Immigration To Bahrain

The Bahraini law requires all residents and visitors in Bahrain to carry photographic ID issued by the Information and eGovernment Authority in the Kingdom of Bahrain. The ID card is valid for 5 years from the date of issuance.  The card holder’s data, including 9-digit personal number, passport data, driver’s license, fingerprint, photo, signature of the holder is electronically stored on the chip in the Card.  This card is used to obtain government services in Bahrain and as transit through e-gates at Airports.

A fine up to 300BHD may be fined if anyone is found without the ID when the Bahraini authorities ask anyone to show the ID.

Travelling restrictions: Video cassettes or DVDs are not allowed and may be withheld on arrival at the airport.

Bahrain has three harbors in Manama, Sitrah & Mina Salman. Bahrain’s Cruise Port is Port Khalifa Bin Salman, in Muharroq island, which is 20 minutes away from Capital city Manama. There are cruises to Bahrain from Dubai & Abu Dhabi. Ferry services to & from Iran is cancelled

As of now there are no railways in Bahrain but plans for developing a railway system connecting all Persian Gulf countries and a monorail which would run throughout the island is in the pipeline.

By Road: There are two international highways in Bahrain.  The King Fahd Causeway connects Bahrain and Saudi Arabia which has a stretch of 25 km (16 ml).  However, since March’20 the causeway is temporarily closed due to COVID-19.

Bahrain is connected by air travels from Middle East, North & East Africa, India. It is the main base for Gulf Air.  There are frequent flights from Dubai operated by Emirates and Fly Dubai.  Air Arabia fly’s daily from Sharjah (UAE). Cathay Pacific operates regular flights from Hong Kong (via Dubai).  You can fly to Bahrain from major 9 destinations in India.

There are either non-stop or connecting flights from Bangkok, Amsterdam, Athens, Frankfurt, London, Manila, Moscow and Paris to Bahrain.

Bahrainis are generally friendly towards foreigners; however they are not integrated into Bahraini society. Their family is very private to a Bahrainis and therefore asking prying questions about family members must be avoided. Even though Bahrain is a socially liberal state, many residents are conservative. You need to be careful not to offend anyone, especially as regards to religious traditions, beliefs, customs and laws. It is appropriate to dress conservatively in public places mainly religious places.

They have generally long greetings with smiles and hugs inquiring about each other’s family and health. Men shake hands and kiss each other on the cheek. A man and women shake hands only if the women initiate it. A man will not ask about another man’s wife. Women hugs and kisses only close friends.

Job are done by over 70% expatriates who work in almost every field from industry to investment banking. Many jobs are held by foreign temporary workers. There are many job opportunities in Teaching English and the Hospitality industry. Though finding jobs in not easy in Bahrain, there are many job portals which might be opening in your case. The response rate from these portals in 1%.

To find jobs as an expat click on www.expatriates.com, I also found this article helpful which gives the names of portals where to find specific jobs. To read click on www.visahunter.com

There is an unemployment rate of 15% among the Bahrainis as most of the jobs are staffed by expats. However, majority of Bahrainis are wealthiest, educated and well-to-do people.

Expats constitute 20% of Bahrain’s population. Most of them are temporary workers coming from neighboring Arab countries and many from Pakistan, India, Southeast Asia, America and Europe.

Bahrain’s economy is largely based on petrol, which accounts for 60% of exports and 30% GDP. Other than Petroleum, offshore Banking, aluminum smelting, ship repairing, asphalt, cement blocks to name a few contribute to the countries growing economy. Tourism alone contributes 9% of the GDP.

Bahrain depends largely on imports for Food for its population as only 1 percent of its land is fertile.  Local produced fish, shrimps, vegetables, fruits and poultry are sold in the market known as “Souks”.  Other imports include crude oil, machinery, transportation equipment.

The posh and rich country Bahrain is headquarters for many multinational business organizations like banking and finance based in the Persian Gulf area because of its modern well-development communication and transportation system. Bahrain exports 60% of petroleum products and 7% of aluminum to other gulf countries and to India, Japan and South Korea.

for more information on countries that depend on Petroleum exports and their GDP log on to  www.weforum.org

Renting and buying of real estate’s in Bahrain

Residents from GCC countries who hold permits can buy permanent residence here. Non- Bahrainis can own real estate in Bahrain only in areas designated by the government, however they must pay 10% tax on property to the government.  Foreigners must consult real estate lawyers or property offices where to find freehold properties.

For expats arriving in Bahrain on work visa, accommodation is prearranged through the employer. But there is an option to choose accommodation of your own choice upon arrival in Bahrain. Real Estate agents are very helpful to negotiate the house within your budget. Initially you can choose short term house and later settle with some housing on permanent basis as your job requires.

Bahrain is a small archipelago and mostly desert. Mostly Sun shines all year round. Since it’s an Island the humidity is high, except when winds blow from Arabia. The temperature between night & day is low owning to the influence of the sea.

Its climate is mild in Winter.  The cooler months are December to February. It is usually sunny. Rains are scarce and sporadic. Sometimes cold winds from the north in the month of January & February drops the temperature to 10 oC (50 oF) at night and 15 oC (59 oC) at midday.

If you want to avoid the summer hear the best time to visit Bahrain is mid-November to mid-March.

To get more information of the weather in Bahrain visit www.climatestotravel.com

Arabic is the official language of Bahrain however English is also widely spoken. There are many non-Bahraini people speaking Urdu, Hindi, Farsi, Tagalog and other languages. Arabic is a compulsory second language in all schools in Bahrain.

The official currency of Bahrain is BD (The Bahraini Dinar). The code of the currency is BHD. The BHD is the world’s second highest valued currency. 1 BHD – 2.659 USD currently.

The foremost and the dominant payment method in Bahrain is “Cash”. The next most preferred payment method is Cards. The four popular cards are Visa, Mastercard and BENEFIT. PayPal, bitpay, Paysera, Skrill, AlliedWallet  are some digital wallets that are used in Bahrain.

Traffic is Bahrain is disciplined as roads are well maintained. Appropriate Traffic signs are displayed in Arabic and English. To drive a rented car, you need to obtain driving license from the General Directorate of Traffic situated at Isa Town. Rented cars are available on daily, weekly or monthly basis.

Get detailed information prior to drive in Bahrain from the General Directorate of Traffic. Contact information is given in the below:

Bahrain’s position as the fifth-friendliest country for foreign residents is just part of its stellar performance in the most recent Expat Insider survey. The Gulf State is also considered the best expat destination overall. Bahrain has ranked among the ten most welcoming countries, with 86 percent of expats saying Bahrainis have a friendly attitude towards foreign residents, and 85 percent reporting general satisfaction with their life abroad. Another reason for Bahrain’s popularity might be its very international feel — 91 percent of respondents say that it’s easy to get by without speaking the local language. An American expat highlights the “wonderful people and various cultures” in Bahrain.