Why Japan Could Be A Good Choice For Immigration 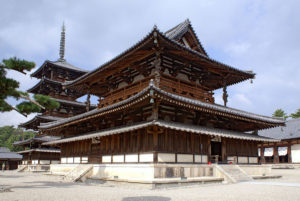 Japan, one of the world’s most literate and technically advanced nations, is an East Asian archipelago country made up of four primary islands and more than 6,800 others. While most of Japan is covered by mountains and heavily wooded areas, the country’s people lead a distinctly urban lifestyle. Long culturally influenced by its neighbors, today the country blends its ancient traditions with aspects of Western life.

It takes a lot to move from one country to another, from one culture to another. But moving to a country that encourages foreigners, gives accommodation and makes it so much easier to stay. The land is Japan. Japan is rich in culture, fantastic people with excellent cuisine. Japan has beautiful four seasons, nice cities, polite, kind and helpful people, low crime rate and delicious delicacies.

The Following Factors Speak For An Immigration To Japan

Japan is considered as a safe country with low crime rate. Anyone can walk on the streets in the middle of the night and still feel safe.

You can not work on a 90 days visa free entry.

There are 68 Countries whose citizens can entry visa-free for tourism or business, including the U.S., the U.K, Germany, France and South Korea. Citizens of countries such as China, India, Philippines need a visa. Other nationalities currently need to go to a Japanese embassy or consulate to apply for a visa. Soon Japan will introduce eVisa, which will simplify the application process for Japan Visa.

The Government of Japan has recently facilitated migration of other country citizens, because the aging population of Japanese people is increasing, including low birthrates, which results shortage of manpower of the country.

Government of Japan is offering many pathways for immigrants who are willing to move/visit the country. Work Visa route is the most common way for long term stay in Japan.

People who want to work and immigrate to Japan need to obtain a work visa from Japanese Embassy or Consulate in their residing place with personal information and General Japanese visa requirements. Certificate of Eligibility is one of the major requirements for the Japanese work visa. This certificate is issued by the Ministry of Justice in Japan. Afterward applicants must submit this certificate to the Japanese Embassy or Consulate for visa process. Pathways you can choose are mentioned below:

First is a standard work visa route. You can apply by securing a job offer from the country. When the job is confirmed, the individual or local organization who is willing to sponsor you should apply to the Regional Immigration Bureau in Japan to obtain a certificate of eligibility. After obtaining this certificate you must use it to apply for the Japanese work residence permit in the Japanese Embassy or Consulate in your place of residence. These visas can validate from 3 months to 5 years.

Second way is point based preferential immigration treatment for High-Skilled foreign professionals. This special visa has more advantages than the first pathway; such advantages have the 5 years length of the Visa. The faster processing of permanent residency and citizenship applicants and the permission of including the applicant’s parents under certain conditions. It has designed for workers with advanced and specialized skills, such as advanced academic research activities, advanced technical activities in the fields of natural sciences or humanities and in business management.

Japan is currently not allowing foreigners to migrate without having a job offer unlike other countries where one can obtain the immediate permanent residency without the need to have a job offer from the country. For more information please visit: reachimmigration.com

Japanese people are known for its traditional arts, including tea ceremonies, calligraphy and flower arranging. The country has a legacy of distinctive gardens, sculpture and poetry. Japan is home of more than a dozen UNESCO World Heritage sites and it’s the birthplace of sushi, one of most famous dish.

Foreign workers are required to have the proper visas and work permits in Japan, as established by immigration laws. Workers who enter Japan, generally enter through a points based highly skilled visa or one of the industry specific categories for working visas. Such as Business Manager or Intra-company transferee.

Work permits should be secured for employees and sponsored by a locally licensed and incorporated entity, which can be a problem for companies just entering the Japanese market.

It is possible for companies that have established a subsidiary or branch office in Japan to arrange Visas. The entire process of applying for work visas can take over 3 months and may require a large amount of industry specific, technical documents. It is always beneficial to utilize a Japanese immigration specialist to assist with the application and processing.

The process for obtaining a work visa for Japan is as follows:

The types of jobs that foreigners can apply to in Japan are limited, but you can find them all online. The Japan Exchange and Teaching Program is the most popular recruiting agency for English speakers looking to teach English in Japan. Many Fluent or Native English speakers start off as English teachers in Japan. Also in Management, IT, hospitality and many other industries depending on your skill levels in those fields.

It’s certainly possible to work in Japan without speaking Japanese, though your options will be limited. Many use this job either as a secure means to live for one or two years before returning to their home countries, or as a step to their next careers in Japan. Most foreigners in Japan speak enough Japanese to get by, but not really enough to work primarily in Japanese, so because of this scarcity, speaking Japanese is a great way to carve out a space in the market for yourself, as well as get higher paying jobs.

Popular Jobs For Foreigners in Japan

The economy of Japan is a highly developed free-market economy. It is the third largest in the world by nominal GDP and the fourth largest by purchasing power parity (PPP) and is the world’s second largest developed economy.

Japan’s economy is not very good as its population is both aging and shrinking, which means the domestic consumer market will become even smaller. Compounding the situation is that wages have not been growing in recent years despite record-low unemployment. Japan’s Prime Minister has pushed hard to get Japanese companies to raise wages, with some success.

Japan is one of the largest and most developed economies in the world. It has a well-educated, industrious workforce and its large, affluent population makes it one of the world’s biggest consumer markets.

Renting and buying of real estate’s for foreigners

Renting or buying is a personal decision and will depend on your individual circumstances and long-term plans. For those in Japan on a short-term assignment, renting may be the best choice. Those planning to be in Japan for the medium to long-term may consider buying.

It is always good to try before you buy a property. Renting a property to begin with will give you time to explore and find neighborhoods you like and get a real feel for the type of homes and apartments those are available.

Mortgage options for foreign residents who have only just arrived in Japan are limited to one bank, but with permanent residency or a spouse who is either Japanese or has permanent residency, along with an established work history in the country may open up access to more financial institutions.

In the outskirts of Tokyo, housing costs are comparatively lower, especially in the suburbs, surrounding prefectures and in other regions and cities in Japan. The nationwide average monthly rent, not including utilities, for a one room apartment is between 50,000 and 70,000 yen.

There are many proud foreign residents who have made their dream of owning their own home a reality in Japan. Approx. 60 percent Japanese own their own homes. For more information please visit: japanpropertycentral.com

Foreigners may purchase property in Japan. However, it should be noted that no special visa or right of permanent residence is provided to a foreigner for having purchased or owning real estate in Japan.

Japanese banks will allow you to borrow around eight times your annual income. No more than 25% of your monthly gross income should be expended on mortgage repayments.

Japan has four seasons. Conditions are different between the Pacific sea side and the sea of Japan side. North side of Japan has warm summers and very cold winters with heavy snowfall on the Sea of Japan side and in mountainous areas. The period from March to May is spring season, June to August is Summer, September to November is Autumn and December to February is Winter.

When it comes to foreign languages, only English is taught in schools. With the many tourists from Western countries visiting Japan Every year, there is a strong, unilateral desire to speak English but the overwhelming majority of people here still is Japanese.

Road signs and rules follow international standards, and most signs on major roads are in Japanese and English. Road conditions tend to be good, although side streets in the cities can be narrow. Traffic congestion is a frequent problem in and around urban centers. There are a few streets that are routinely congested, and rush hour is quite packed on the expressways, but traffic flow is generally quite good. Traffic police has set the signal timing to slow traffic down to reduce accidents/fatalities.

The nationwide average monthly rent, not including utilities, for a one room apartment is between 50,000 to 70,000 Yen. Central Tokyo is expensive than this like 100,000 Yen.

Taxation in Japan is based primarily upon a national Income Tax and a residential tax based upon one’s area of residence. There are consumption taxes and excise taxes at the national level, an enterprise tax and a vehicle tax at the prefectural level and a property tax at the municipal level. Taxes are administered by the National Tax Agency.

Japan’s individual income tax rates including local taxes are among the highest tax rates in the world. The top marginal tax rate is about 55%. Non residents pay for salary income in Japan 20% plus additional 2.1% surtax.

The logic behind increased tax is that the government needs more money to provide pensions and health care for the growing legions of elderly, while reining in the developed world’s largest government debt pile.

Tax free shopping is available to foreign tourists only at licensed stores when making purchases of over 5000 yen at a given store or mall on one calendar day. A passport is required when shopping tax free. Be aware that any items you purchase in Japan may be subject to import duties in your home country. In General, Japan’s local inhabitant’s tax is imposed at a flat rate of 10%.

Healthcare services including screening examinations, Prenatal care and infectious disease control, with the patient accepting responsibility for 30% of these costs while the government pays remaining 70%.

If you get lost, do not panic, putting the address in Google maps is a good option, but if you can’t then check the signs around you to see if you are in the correct area. If you are at a train station then try to find a map and directions from the local police box, which are usually located near the train station. There will be pros and cons to every address system and while learning it can be a good experience for Westerners, you will see the benefits for memorizing this as you enjoy spending time in Japan.

Japan has its unique diversity. It has everything one wants, mixed in one. It’s crazy, yet peaceful, its fast – paced, but relaxed. It’s a beautiful country with beautiful seasons with wonderful health care system. Economy rate is comparatively low but Japan has plenty of Job opportunities. Collectively Japan will be good choice to emigrate.