Why Madagascar Could Be A Good Choice For Immigration 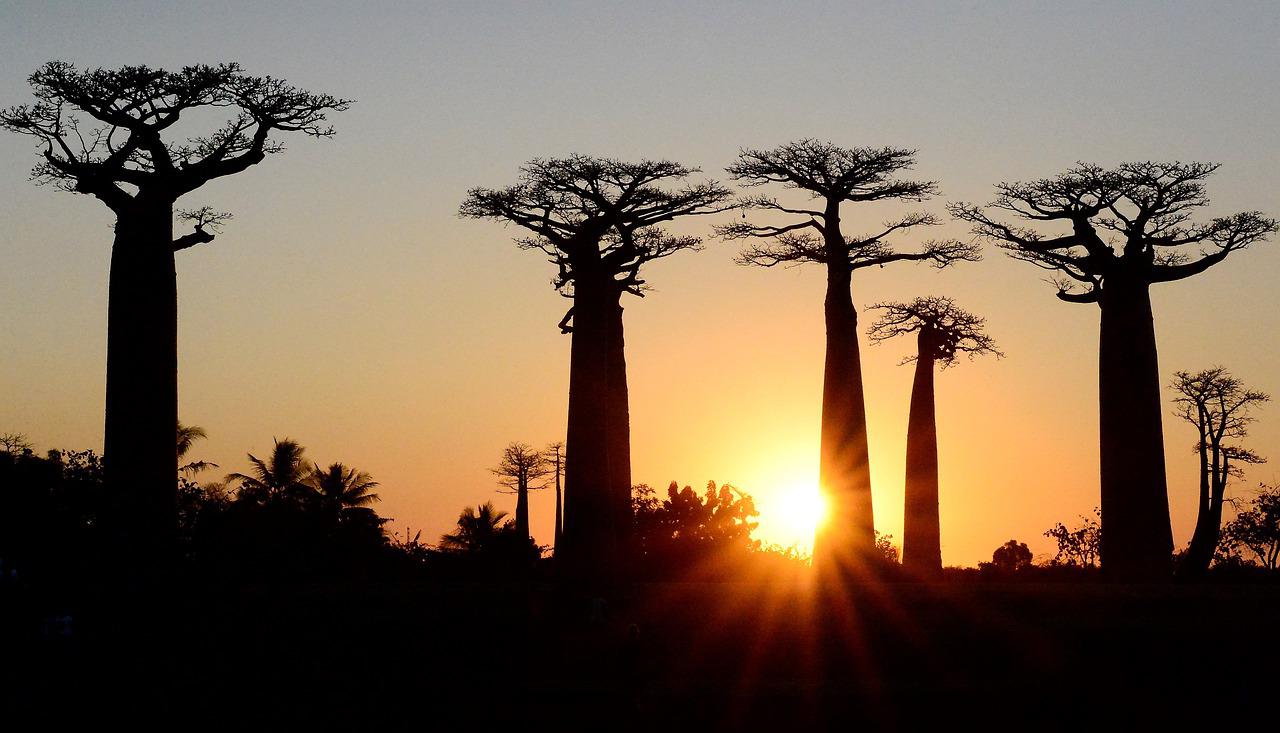 The Republic of Madagascar is located in the Indian ocean off the coast of southern Africa, about 450 km (280 miles) east of Mozambique.  Also known as the Red Island, it’s one of the four largest islands in the world.  It has a narrow coastal plain with a high plateau and mountains in its center. The highest point in this Island is Mountain Maromokotro at 9,435 feet (2,876 meters) and the lowest is the Indian Ocean at 0 feet (0 meter). The land area. Most of the Madagascar is undeveloped and wild, with lush forest and vibrant coral reefs still to be touched by human hands.  So, for people who love to live in a calm isolated yet beautiful place, Madagascar is the perfect place.

For people who would love to move to this beautiful Island must be familiar with the political and economic conditions as well. Over a period of time Madagascar has experienced repeated political instability. Madagascar is among the world’s poorest countries where around 70% of the Malagasy people liver below the world poverty line. The population of Madagascar is around 25 million people with various ethnic groups. In spite of the political situation and the condition of the people, Madagascar has shown significant improvement and stability in the economic conditions with the help of foreign aids. Madagascar has an excellent climate for agriculture, like clove and vanilla. It is also rich in natural resources including graphite, coal, quartz and salt. As of now Madagascar has a market economy with agriculture, mining, textile and tourism industries which contribute to the growing economy and is attracting lot of expats from all around the world.

The Government warns visitors and travelers to Madagascar to exercise increased caution due to expected crime, assault and armed robbery.  Certain areas are specially targeted and hence travelers need to get advance information of the city they are visiting. It is good to avoid night-time travel as suggested by local police as well.

The CDC (Centers for Disease Control and Prevention) recommends that vaccines not only for Covid-19, but also the routine vaccines for Polio, Chickenpox(Varicella), Flu(influenza), Measles-Mumps-Rubella(MMR), Shingles, Diphtheria-Tetanus-Pertusis must be taken at least one month before you travel.  Hepatitis A & B vaccine is recommended for unvaccinated people of all ages.  If you are travelling from a country with risk of Yellow Fever only than you need to be vaccinated with Yellow Fever Vaccine. Rabid animals including Dogs are found in Madagascar and very limited and no rabies treatment in available in many areas in Madagascar, so is highly recommended to consider taking rabies vaccination before travelling here.

Regardless of the Covid-19 vaccination status, all travelers to Madagascar get pre-departure PCR test, antigen test on arrival. The test will cost (€15/US$20/65,000 Ariary) in cash. If the test result is positive than you are required to be quarantine for 7 days at a selected hotel at the traveler’s cost. Medical treatment if required will be also be at your cost.

The best and practical way to get into Madagascar is by Air. There are direct flights from Johannesburg to Madagascar. The Ivato International Airport in the capital city Antananarivo servers main Airliners from major destinations like Paris, Bangkok, Nairobi, Milan etc.

There are two types of categories under which Visas are divided.  One is the Non-immigrant Visa and the second is Transformable type Visa. The Non-immigrant visa is for 90 days stay with 1 or 3 entries.  The Transformable Visa is valid for 30 days and once the person is in Madagascar they can apply for a long-term visa.

The Transformable Visa is issued for any one of the following valid categories:
Investors
Employees
Family Members in reunion
Executive officers/managers of companies established in the country
Religious Missionaries
Retired People
Students
Volunteers
Natives
Scientists

The Tourist Visa is a eVisa, and can only be applied online. It is usually processed in few days and sent to the applicant to an valid email address.  There are no restrictions to visit Madagascar, people from all nationalities can apply for tourist visa for tourism purpose.

The passport must be valid for at least six months to a year and must not be more than 10 years old. The fees can be paid online or pay at the airport on arrival at Madagascar. It is mandatory that the applicant must be financially adequate to support themselves during their visit in Madagascar.

Applicants also need to reserve a hotel for minimum two nights and pay the fees in advance. A receipt of the reservation must be submitted when applying for eVisa.

For minor children an identity document along with a handwritten authorization letter to leave their country have to be submitted, irrespective whether the child is travelling with or without parents. In case if the child has a single parent or a deceased parent, then a divorce or a death supporting certificate needs to be submitted.

To apply for eVisa, please log on to evisamada.gov.mg and create an account with an valid email address.

All expats seeking employment in Madagascar needs a Work Permit. Self-employed individuals must apply for a work permit themselves.

The application along with documents and fees must be submitted to the Malagasy embassy or consulate. A visa interview or meeting is scheduled at the embassy who will ask questions regarding working in the Madagascar and may ask to show other documents. Sometimes it may take time to process the visa, which you need to pick up from the embassy or they send it to you.  The work visa is a short-term Visa, maybe for a month or so, which allows you to enter Madagascar. The visa is labelled “Extended and Transformable”, which means that during this period a Residence Permit must be obtained which allows you to stay in the country. A Residence Permit allows you to work in Madagascar till your work contract permits.

It is estimated that nine-tenth of the population is Malagasy, which are about 20 ethnic groups. The names of some of the groups with their outstanding features are as follows

Almost half of the population are Christians and belong to Protestantism, Roman Catholicism denominations. Almost 42% people practice traditional religion based on ancestor worship.  Sunni Muslims are also found in the northwest Madagascar.

Madagascar is a developing nation and job opportunities are scarce. However one can get jobs mainly in the agriculture and tourism sectors. If you a native English speaker, you have lots “Teaching English” opportunities.  There are a number of opportunities in Engineering, IT and telecommunications as well. Larger embassies like the United States also have job opportunities from time to time, so its good to check with the embassy as well. The average salary ranges from 333,000 MGA lowest) to 5,870,000 MGA.  This may include housing, transport and other benefits. A typical earning of a person is around 1,310,000 MGA per month.

Expats with more job experience from 2 to 5 years earn 32% more on an average than freshers across all industries.   For professionals with more than 5 years of experience will earn more than 36% than those with less experience. You can visit glassdoor.co.in to find the salaries in companies in Antananarivo and other locations in Madagascar.

“JobnetAfrica” website helps expats find job in many sectors in Madagascar. Vacancies are updated weekly on this website.

To find out different portals to find jobs in Madagascar, please visit: https://www.visahunter.com/articles/how-to-find-a-job-in-madagascar-as-a-foreigner/

Madagascar economy is built on strong agriculture sector, textile, tourism and food industries. Madagascar produces of the best quality of Vanilla, which comes from an orchid and is used for flavoring. Madagascar became the 1st largest exported of Vanilla in 2020 by exporting $539M vanilla. Its other big exports include Gold ($187 M), Knit Sweaters ($126 M), Raw Nickel ($164 M) and Titanium Ore ($101 M). These products are mainly exported to United States, UAE, France, Germany and China. Even though Madagascar process a large number of natural resources which includes chromite, graphite, coal, fish and hydropower, it remains an agricultural-based economy. Agricultural contributes 25% of GDP out of the nations $37.5 billion GDP (PPP) and also gives 80% of employment on the Island.  Madagascar recorded a sporadic economic growth from the year 2017 to 2019 and then the Covid-19 pandemic which caused 967 deaths as of 1st december’21, put a brake on Madagascar’s economic growth and the country went into a recession in 2020. As of now Madagascar’s economy freedom score is 58.9% making its economy the 98th freest in the 2022 index.

The economy of Madagascar is adversely affected by bad roads, deficient infrastructure, lack of material and technological resources, cumbersome unreliable & complicated registration system and natural disasters such as cyclones. In the past Madagascar suffered political corruption for decades, which had much influence on the poor economy of this island. The Anticorruption efforts are weak in comparison to the pervasive corruption in the Police departments, tax authorities, customs & land administration and many commercial sectors.

To get the detailed economic figures of Madagascar’s economy, please visit: https://globaledge.msu.edu/countries/madagascar/economy

Renting and buying of real estates for foreigners:

Foreigners have the same rights to buy or get a land on lease as the Malagasy nationals. Foreign nationals can enjoy real estate in Madagascar but cannot become owners of the land. No national or land belonging to Malagasy state or classified into public domain cannot be bought or purchased.  All foreigners wishing to buy land/property must file an application to the EDBM (Economic Development Board of Madagascar It is the decision of the EDBM and the Government to determine and grant the authorization according to certain terms and conditions.

Any foreigner wishing to acquire real estate is required to file with the EDBM, giving the following details with supporting documents:

There are two available options for the foreigners

1. The emphyteutic lease, called emphyteusis – The Emphyteutic lease allows the foreigners to enjoy the rights of ownership during a period agreed and defined between 18 and 99 years, it has no sale value, however it is long term with certain advantages.

2. To purchase real estate as a company – In this option they have the same property rights in the same way as Malagasy citizens)

Madagascar has a tropical climate in the coastal region but varies on different locations at the island. Like other equatorial areas, it typically experiences an annual cycle of hot and dry weather from November to April, followed by cooler wet season from May to October.

The east of the Island is the warmest with temperatures regularly reaching 30 deg.c or more. The east also has far more rain brought in by the Indian ocean trade winds.  The west of the Island is cooler and drier with frosts at higher altitudes. The far south and southwest is a semi-desert and gets very little rainfall.

Highlands becomes very cold with night temperatures descend below 5 deg.c especially between June to September. The rains starts in November and may last till April in the highlands. During this period the average temperature if 28 to 30 deg.C, making it the hottest time of the year.

For the detailed climate in all the regions of Madagascar, please refer to https://www.worlddata.info/africa/madagascar/climate.php

The official language of Madagascar is Malagasy, which is written in the Latin alphabet.  It is a standardized version of Merina, an Austronesian Language. The Austronesian people from the southeast Asia brought the language to Madagascar when they first settled in this island. The eastern and western regions speak distinct dialects of Malagasy.

Madagascar is a Francophone nation. French is also an official language here is also widely spoken along with 300 native languages spoken throughout the Island. French is the language of instructions in Schools & instructions, even though Malagasy is largely spoken. Around 0.618% of the total population in Madagascar speak French. English is also widely spoken and used for business and international relations.