Living and Working in New Zealand 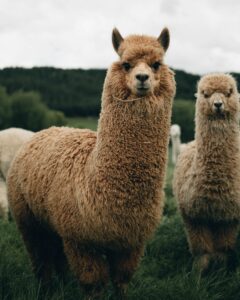 British and Polynesian influences course through picturesque New Zealand, an island nation in the Pacific Ocean southeast of Australia. Early Maori settlers ceded sovereignty to British invaders with the Treaty of Waitangi in 1840, and European settlers flooded in. New Zealand has a population of 4,879,468 as on December 2021 as per UN data. The Government of New Zealand focus on improving the wellbeing of its citizens. They have specific policies focusing on reducing child poverty, improving mental health, transitioning to a green economy and digital age.  A small Island with beautiful range of Landscapes, Glaciers, mountains, deserts, fjords, plains to name a few makes New Zealand one of the most beautiful countries in the world.

New Zealand is a good choice for expats due to its natural scenic beauty, high quality of life and record of safety. The crime rate is very low here that is reason it was ranked 2nd on the 2021 Global Peace Index.  Religion tolerance is high in this country. Kiwis are calm and relaxed people hence there is a work-life balance so not much is expected from work.

The Following Factors Speak For An Immigration To New Zealand

How to immigrate to New Zealand

Travel to New Zealand for Tourism, Work or Study is open.

As most countries New Zealand requires a valid visa or NZeTA for people coming in this Island. NZeTA (New Zealand Electronic Travel Authority) is required if you a permanent resident of Australia or you a citizen from a visa waiver country. All you need is a Passport. The cost of NZeTA is NZD $23 online and valid for 2 years with multiple visits within the validity period. The IVL (Visitor Conservation & Tourism Levy) of NZD $35 is also applicable. It may require 72 hours to process, so kindly apply much before you plan to travel. Once in New Zealand and you desire to extend your stay beyond the NZeTA period, you need to apply for a visa. The cost of NZeTA is only NZD$17 on mobile apps. Please visit the following links to get the benefit:

There are many countries that do not require Visa for travelling to New Zealand. As per the Henley Passport Index, New Zealand Passport Power ranks 7th among 195 countries. Click here to find out the name of the  Visa-Free states for New Zealand.

Visas are available to enter New Zealand for the following :

New Zealand can be reached by sea from Island country Australia. Cruise services to New Zealand is offered by world’s major cruise companies from all over the globe. Some countries like India does not have passenger cruises to New Zealand, however some Freighters (Cargo Ships) allows passengers to travel, but the journey will be longer, risky and expensive as the ships must stop at various destinations to load/unload.

You can reach New Zealand from almost all international airports around the world and major airlines offer direct flights into New Zealand. Air New Zealand is the national carrier. There are 5 international airports- Auckland, Wellington, Christchurch, Dunedin and Queenstown Airport. There are around 25 domestic airports with very affordable fare making it convenient to travel within the country to explore for work and pleasure.

New Zealanders, also know as Kiwis are very clam, polite people. They are super friendly and ready to help. They are known for the spirt of Hospitality. The Kiwis are unique, adaptable and little quirky just like the kiwi bird found in New Zealand. Kiwi is the national bird of New Zealand. In the past the Kiwi bird’s image was used to represent New Zealand as a country and during the 1st world war the New Zealand soldiers were referred to as “Kiwis”.  Eventually New Zealanders came to be known as Kiwis.

New Zealand has topped many rankings and surveys consecutively over the years. From 2015 to 2018 it has remained in the 2nd place for being the best place in world for expats and foreigners to live and work. You can find a job which suits your skills from the “Long Term Skill Shortage List”. The list is very vast and gives lots of opportunities to work in areas like Construction, engineering, Finance & Business, Health & Social Services. Electronics, Telecommunications, Health & Recreation, Tourism, Scientific Research and other trades.

To find your choice of job and requirements please log on to skillshortages.immigration.govt.nz

New Zealand is one rare country where you can enjoy Swimming and Skiing during Winters on the same day. The weather is influenced by mountains and the seas. In summer it has subtropical weather in the far north region while in the winter the inland alpine areas of the south will be as cold as -10 deg.C (14 deg.F).

North Island is warm during winters and it snows on the South Island. Since most of the country lies close to the coast, it has mild temperatures year-round. New Zealand experiences more sunshine than rain. Here higher UV rays are felt increasing the possibility sunburn and skin cancer.  Its overall climate is a temperate one.

To check the weather and best time to visit New Zealand before you plan your travels, please visit: www.newzealand.com

Immigrants from different countries have brought their languages with them here and it is estimated that more than 100 languages are spoken in New Zealand. The New Zealander’s English is sometimes very hard to understand even for native English-speaking people. This is because the Kiwis speak in a unique accent. They usually speak fast. If you do not follow their accent, ask them politely to repeat them slowly, they will surely do.

New Zealand’s official currency is the dollar (NZ$). The currency is available in the following denominations:

All types of credit cards are accepted in New Zealand, among them the Visa and MasterCard is widely accepted. GST @15% is charges on all the goods and services and on all the products off the shelf.  However, no GST is charged on items directly shipped to a home address by the supplier.

Banks with ATM’s are conveniently available in business shopping areas and in Malls. Banks are open from 9:30 and to 4:30 pm week days, few banks are open during weekends as well. The value of NZ$ as of today is 0.68 US$.  Any amount of Cash can be brought or taken out from this country, however if the amount exceeds NZ$10,000 cash than a traveler has to complete a Border Cash Report requirement.

Cost of Living in New Zealand

Cost of Living varies in different cities in New Zealand.  In cities like Auckland, Wellington and Christchurch cost of Living is very high. An average Cost of Living for a family of four ranges from 6000 NZ$ to 8000 NZ$, for a single person its approximately 1800 NZ$ to 2400 NZ$. Cities like Dunedin and Hamilton attract a lot of expats as housing is affordable and it also offers many jobs.

Travel within New Zealand is expensive as they owned by private companies. On an average local public transport in bigger cities like Queenstown, Auckland, Wellington and Christchurch is 3.50 NZ$ on way & approx.150 NZ$ for monthly pass. Owing a personal car is quite high here due to high Import taxes.  Essentials such as cooking gas, water and electricity varies from 200NZ$ to 300ND$ depending on the city. A standard internet connection is 85 NZ$.  Food is comparably higher here than the EU countries, as most of the food is imported.

For a detailed list of items with their cost visit: www.numbeo.com

The medical emergency number in New Zealand is 111. It’s a 24/7 number and can be dialed by any phone and even if there is no calling balance left on your phone.

New Zealand is a beautiful Island located about 1500 km from Australia, is one of the most popular and sort after Island in the world. The coastline spans a length of 15,134 km. From any place here, the seaside will never be more than 128 km away. It is made up of two main Islands- The North and South Island. The Capital city is Wellington situated in the north island. New Zealand is the second safest country in the world. Animal population is highest here with just 5% humans.

Immigration to New Zealand is easy with various Visa types to choose from,  to enter this wonderful place to live in, with various opportunities to work, study and do business.