Emigrating With Diabetes: This Is Something To Keep In Mind 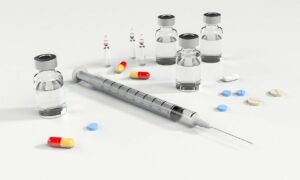 In a globalized world, emigrating to a foreign country is by no means reserved for the exotic and particularly adventurous contemporaries. Today, in some milieus, it even seems to be “good manners” to have lived in another country at least once in your life.

In contrast to most people, the main question for diabetics is whether and how well they can live with their disease in their new adopted country. So before they just pack their bags and head off, they have to deal with the infrastructural conditions for diabetes patients in their destination country in a special way. We show what should be considered.

First of all a type question

Although people with diabetes have a somewhat more complicated everyday life, they can basically do the same things as people who do not have the disease. This includes traveling and, last but not least, emigrating. However, it is important that you pay attention to a few essential parameters. Exactly which one depends on what type of diabetes you are.

Four types of diabetes are currently differentiated, of which two are the most common: type 1 and type 2 diabetes. Around 90 percent of diabetes patients suffer from the second type; around five percent on the first type. What are the key differences between the two types?

Type 2 diabetes is associated with insulin resistance in muscle cells. Over time, genetic and lifestyle-related factors mean that blood sugar can no longer be adequately broken down and transported to the muscles. As a consequence, those affected have to take medication and radically change their lifestyle (especially their diet).

In contrast, type 1 diabetes is characterized by chronic insulin deficiency. Here it comes – also caused by genetic and lifestyle-related factors, although the causes here are still comparatively little researched – to a failure of insulin production as a result of an autoimmune reaction. This consists in destroying the insulin-producing cells.

As a result, those affected have to administer insulin intravenously themselves for the rest of their lives. Patients of both types must also check their blood sugar levels regularly. A reliable blood glucose meter from medisana , for example, can help you with this.

With regard to emigrating, it is now crucial that different things have to be considered depending on the type of diabetes.

Tips for expatriates with diabetes

Since type 1 diabetics are dependent on the supply of insulin and technical utensils such as syringes, cannulas, etc., the main question for them in the event of emigration is whether the supply of these drugs will be available in the country of their dreams is guaranteed. It also raises the question of how expensive these funds are there. For example, insulin prices in the US are much higher than in Germany.

In connection with this, it must also be clarified who will pay for the costs of the treatment, whether, for example, health insurance companies will cover them or whether you have to bear the costs yourself.

For example, it is known that students with type 1 diabetes who want to spend a semester abroad have difficulties in getting cheap international health insurance and without it often have to dig deep into their own pockets to ensure their treatment on site.

Last but not least, and linked to this, the regional climate and culture-specific eating habits also play a major role for type 1 diabetics who want to emigrate. Because this influences to a large extent which insulin doses you have to administer.

The situation is somewhat different for type 2 diabetics. Because they can often get their disease under control simply by changing their lifestyle and eating habits, they are more independent, so to speak, when it comes to insulin supply.

However, in the event that they too now need insulin – and this can also happen with type diabetes – the above explanations naturally also apply to them. In addition, quite a few people affected by type 2 are dependent on special medication, so that the question arises as to whether these or comparable medications are available in the country of emigration, what they cost and who has to pay for the costs.

Finally, an important note: The statements made are not medical advice and do not claim to be complete; they are not a substitute for a doctor’s consultation. Diabetics who want to emigrate should always seek medical advice beforehand.