The central archipelagos of the South Pacific are the Society Islands ( French Polynesia /Tahiti), the Samoa Archipelago and the Fiji Islands. The climate in this region is largely similar to that of the Caribbean . The total population of Polynesia today is estimated at around six million, of which approximately one million are Polynesians. The majority of the foreign population has its roots in Asia (e.g. China, Japan, India, Philippines), followed by residents of European and American descent. 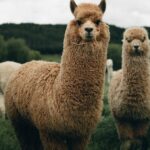 About 4 million people live on an area of ​​269,000 km². The official languages ​​are English and the native language Maori. New Zealand is the dream of many immigrants. Here I introduce you to the country.

Unique to this beautiful Polynesian island nation and scuba diver’s paradise is the seemingly unshakeable serenity of the people. In the country where there is no ‘struggle for existence’ and never has been, concern for the future is unknown. However, immigration is not that easy.